Who is at fault for a collision in a parking lot?

Who is at fault for a collision in a parking lot?

This article was originally posted on economical.com.

Even though the basic rules of the road still apply when you’re driving in a parking lot, it may be a little more difficult to figure out who is at fault for an accident. Being considered “at fault” for a collision could play a role in determining whether or not you have to pay your deductible when you make a claim, and it could also affect your car insurance premium. While fault determination rules vary by province, here are some examples of common accidents that occur in parking lots and how fault may be determined in each scenario.

The rules of the road still apply in parking lots, but it may be more difficult to figure out who is at fault for an accident. Here are some examples of common parking lot accidents and how fault may be determined in each scenario.

Who is at fault if your car is hit while it’s parked?

If your vehicle is hit while it’s legally parked and you’re able to identify the other driver, you probably won’t be considered at fault. But if you’re opening your door and another driver hits it while it’s open, you would likely be considered at fault. While liability for parked-car collisions can vary by situation, your insurer opens a pop-up with definition of insurer will do their best to avoid considering you at fault whenever possible.

Who is at fault if you get hit while pulling out of a parking spot?

Who is at fault when two vehicles exiting parking spots hit each other at the same time?

In this situation, the fault could be split 50/50, but the rules vary slightly by provincially legislated rules. Typically, fault would be split 50/50 when your insurer is unable to determine who is at fault based on the details of the accident, or if two cars hit each other at the same time while they are both leaving their parking spots.

Who is at fault when you get into a collision in a thoroughfare?

Who is at fault in a hit-and-run collision?

If you find that your vehicle has been damaged by another vehicle in a hit-and-run, most insurers will require you to report it to the police within 24 hours in order for them to consider it a not-at-fault accident. A hit-and-run is a crime, and it needs to be reported so it can be properly investigated. If you fail to report the collision to police within the timeframe required by your insurer, you could be considered at fault by your insurer.

While these are a few common scenarios and examples of how fault may be determined after a parking lot collision, there are many factors and rules that go into determining who is at fault, and they vary by province. Generally speaking, in provinces that follow a “no-fault” or Direct Compensation Property Damage (DCPD) system, fault for a collision will be determined based on specific fault determination rules. In provinces without DCPD systems, fault will be determined based on the provincial rules of the road. If you have questions about a specific situation, it’s best to speak directly with your insurance company.

This site uses Akismet to reduce spam. Learn how your comment data is processed. 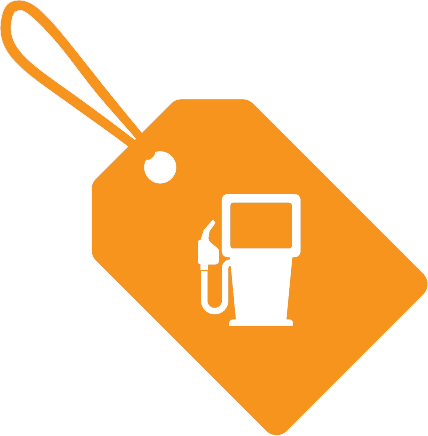 At Dawson & Keenan, we appreciate referrals. To show our thanks, we’ve created a special referral program for our existing clients. If you refer a friend or relative, and they ask us for a quote, we’ll treat you to a $20 gas card.

Copyright © Dawson & Keenan Insurance. All Rights Reserved.
Website designed by Intrigue. Additional accessible formats for this information are available upon request. Contact Us for more information.

In accordance with the Government’s lockdown announcement, and the increases of cases in the Algoma District, our staff is working from home until further notice. Rest assured, we have the technology in place to ensure your insurance needs continue to be met. We are around to answer any questions you have about your insurance payments as well.

We will continue to monitor the communications from our government authorities and adjust practices accordingly.

We are committed to continue assisting you during these challenging times.

Thank you for your understanding and cooperation.